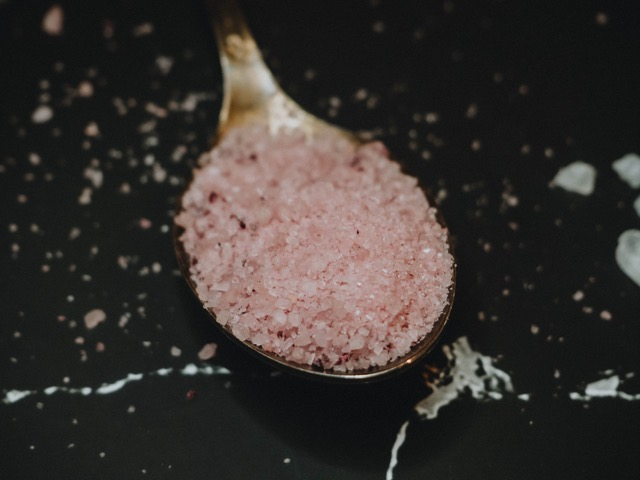 Salt. The salt of the earth. There’s a reason for that saying. Salt is vital to life. And it’s a vital electrolyte for our bodies to function—without salt, we can die.  However, salt is almost always at the top of the “foods to avoid” list. Most of the conventional medical profession, dietitians and nutritionists hate salt.

What the heck is wrong with salt?

Salt is not pure sodium. Salt is a natural product that contains sodium. Table salt (like Morton salt) contains around 97% sodium. Other types of salt like sea salt and Himalayan pink salt contain less sodium, but do contain a few other minerals including magnesium, potassium and small amounts of calcium.

The Salt and Blood Pressure Connection

During the 1980s, researchers conducted a large global study that studies salt intake and blood pressure. What was discovered was that groups of people from undeveloped countries who didn’t use salt also had low blood pressure.

However, when you look at another group of primitive people, the Kuna of Panama, you see a slightly different story. The Kuna also consume a low sodium diet and have low blood pressure, but when certain groups of the Kuna had access to more generous amounts of salt, blood pressure still remained low. In other words, there doesn’t seem to be a direct relationship between salt intake and blood pressure. It’s quite possibly diet and other lifestyle factors as well.

Another study, a meta-analysis of 6,250 patients found no direct link between salt intake, high blood pressure and increased risk of heart disease. Like many of our dietary recommendations, we need to take other things into consideration.

Our Bodies Need Salt to Survive

The human body can’t live without some sodium. Salt is necessary for nerve transmission and to help contract and relax muscle fibers—including the muscles in the heart.

Some of the signs of salt deficiency include:

When sodium levels are low in the body, chemical and hormonal messages signal the kidneys and even our sweat glands to hold onto water to conserve sodium.

Many studies point to the fact that sodium has many benefits in the body. It can actually help you conserve water, and make you feel less thirsty. Salt has several other health benefits too. Let’s explore some of those good things about salt:

Back when I used to race my bike in the heat of a St. Louis summer (think high 90’s temps + humidity in the 90% range), the heat used to really get to me. I remember a few races where I was doing pretty well, then I just bonked and could not continue and dropped out. I was overheated and totally out of energy–in spite of being in really good shape!

Studies show that sodium loading before exercising in the heat increases the body’s fluid volume and reduces the physiological strain on your body from the training. Sodium loading helps you work out harder, longer and more effectively. And guess what? This method works for you whether it’s hot out or not.

Once I learned about salt loading before racing or training in the heat, it was a game-changer. The heat no longer bothered me, and I had tons more energy. Suddenly instead of dropping out of races, I started winning them!

Sodium from salt, is an important source of necessary electrolytes. Without sufficient electrolytes you can experience irregular heartbeat, muscle cramps, fatigue, nausea, and even seizures. Sodium is an electrolyte which is also vital to maintain the proper fluid balance in our bloodstream, inside and outside our cells.

Sea salt is an excellent source of electrolytes, which has been shown to prevent muscle cramping during exercise. Sea salt contains sodium, magnesium, potassium, and calcium, all of which you need for optimal health. These minerals must come from your diet because your body can’t create them.

When we are stressed, our bodies have more of the hormone, cortisol circulating. When cortisol levels are high, you feel more stressed. Salt has been shown to help your body clear cortisol from the blood. The faster your body gets rid of cortisol, the better you feel. Low sodium diets are often associated with higher stress hormone levels, as well as depression and anxiety.

So if you are feeling anxious, try a glass of water with a half teaspoon of sea salt or Himalyan salt in it.

An experiment published in 1995 showed, for example, that when rats are put in stressful situations, they preferred to drink salty water rather than unsalted water. In another study, when wild rabbits were stressed, their sodium intake shot up.

In another 2014 study involving about 10,000 Americans, researchers found a relationship between salt intake and depression: women on low-sodium diets tended to be more depressed than women with a regular salt intake. People may be self-medicating with salt and not even know it.

Chronic stress does seem to increase cravings for salty food—unfortunately it’s usually salty processed foods like pizza, chips, or French fries. No wonder college kids are binging on this type of food. Could stress be the reason why an awful lot of Americans are munching on salty junk food?

You don’t have to mow through a bag of potato chips if you are stressed and craving salt. Grab a handful of healthy nuts or beef jerky to snack on. You can also just add a couple more grinds of fresh Himalayan salt to your healthy dinner or sprinkle some sea salt on those fresh veggies you are munching on.

Salt has been found to accelerate sexual maturation in animal models, resulting in more offspring. Male rats also tend to have increased sperm counts when on a higher sodium diet.

This 1991 experiment, on men whose sodium intake was lowered to 2.4 grams a day complained of erectile dysfunction more often than those who consumed three grams a day. The ED was even worse when combined with a diuretic (used for hypertension) and the low-sodium diet.

Sodium may also aid healthy growth. Scientists from the New Jersey School of Medicine found out if rats are put on low-salt diets, their bones and muscles fail to grow as fast as rats on a normal diet. Observational studies also note that children tend to crave more salt than adults do which may be explained by the needs of their growing bodies, bones and muscles.

People with type 2 diabetes have worsening outcomes when they follow a low salt diet.

A 2011 study showed people with Type 2 diabetes are more likely to die prematurely on a low-salt diet due to higher all-cause and cardiovascular mortality. Another study from Harvard linked low-salt diets to an immediate onset of insulin resistance, a precursor to Type 2 Diabetes. People on a low salt diet tend to crave sweets and carbs instead, worsening their health situation.

Does it need to be said that guidelines for salt restriction for people with type 2 diabetes may need to be reconsidered?

Low sodium conditions can increase the hormone aldosterone. Aldosterone is an adrenal hormone helps the body preserve sodium when it is perceived to be scarce.

High aldosterone levels are also associated with insulin resistance, and aldosterone-blocking medications are being explored as potential treatments for vascular disease and hypertension.

What Kind of Salt to Use?

Avoid using processed, table salt as it is higher in sodium, often has fillers and anti-coagulants and has a harsh, bitter taste. Better choices are natural salt such as these:

Salt just makes food taste better. Ever eat a steak without salt? It’s bland and boring. Or try a plate of steamed veggies without salt. It’s just appealing. Eating healthy food tastes way better with salt. I even like salt on my fruit!

You can attempt to drop your salt intake to try to lower your blood pressure, but your body has ways of maintaining the levels it needs to function. And, food doesn’t taste as good, your performance in the gym and in bed may suffer, and your cortisol, blood sugar and insulin may go up.

Better yet, sticking to a low-carb, primal, paleo style diet with few carbs, no grains or sugar will actually help your body clear out salt quicker and in the process you will get healthier, your blood pressure goes down naturally and cardiovascular markers start looking up. Enjoy your salt with a healthy diet!

Shaking up the Salt Myth: The Dangers of Salt Restriction