What are the Best Fats to Eat? 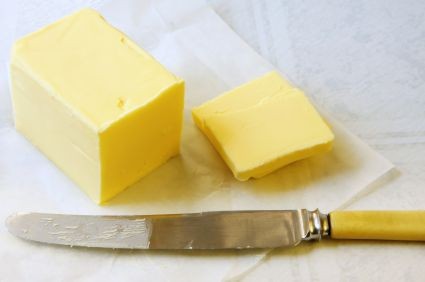 Omega-3 deficiency can cause up to 96,000 deaths per year, say researchers.

Omega-3 deficiency is the sixth biggest killer and is more deadly than excessive trans fat intake, according to a new U.S. study.

Recently, Harvard University researchers looked at 12 dietary, lifestyle and metabolic risk factors such as tobacco smoking and high blood pressure and used a mathematical model to determine how many fatalities could have been prevented if better lifestyle practices had been observed.

This study reinforces the long-held notion the power of diet and health and has a very  powerful impact on health and longevity, and that consuming omega 3 fatty acids (found in wild caught fish and grass fed meats)  and healthy fats is inadequate.

I am a strong believer of including a variety of healthy oils and fats into your diet. Together they work as a team to supply your body with essential fatty acids including for longevity, hormone balance, heart health, sharp vision, glowing moist skin and energy. The wonderful variety of oils and fats certainly includes organic, grass-fed butter, lard and extra virgin olive oil, which are heavy in omega 3’s, Conjugated Linoleic Acid, cholesterol (yes I said cholesterol!), vitamins A and K1 and K2, and monounsaturated fats.

Twenty or so years ago, we all prudently switched our fat sources from butter and lard to margarine and Crisco, due to the fact that doctors sounded the alarm that butter, lard and other saturated fats were primary contributors to heart disease and heart attacks.

What happened? Fast forward to today….we eat far less butter and lard than we did at the turn of the century, but heart disease has skyrocketed! Not only heart disease, but cancer, inflammatory diseases, depression and other diseases brought on by this change in our fat intake. Could the doctors and the food pyramid be wrong? Yes. Now we are suffering from an inadequate fat intake.

New medical studies are surfacing showing it is not the cholesterol and saturated fats that we eat that contributes to heart attacks, but the trans fats (Crisco), and high omega 6 fats (soybean oil, sunflower oil, corn oil, safflower oil and other vegetable oils) that increase the inflammation that causes our bodies to send out cholesterol to mend the inflamed blood vessel walls.

Lard and tallow have clearly won the health debate. Shortening (Crisco), the synthetic substitute forced on us over the last century, has proven to be a much bigger health hazard because of the trans fats it contains, the worst form of fats for our bodies.

Shortening really pushed lard aside in the 1950’s when researchers first connected animal fat in the diet to coronary heart disease. By the ’90s, Americans had been indoctrinated to mainline olive oil, but shortening was still the go-to solid fat over lard or even butter in far too many cookbooks and homes.

That’s all changing. Now it can be argued that lard and tallow is good for you-in moderate doses of course! Lard’s fat is also mostly monounsaturated, which is healthier than saturated fat. And even the saturated fat in lard has a neutral effect on blood cholesterol. Not to mention that lard has a higher smoking point than other fats, allowing foods like chicken to absorb less grease when fried in it. And, of course, fat in general has its upsides. The body converts it to fuel, which is then burned as a primary energy source, and it helps our bodies absorb nutrients; particularly calcium and fat soluable vitamins A, D, and E.

One of the endurance athlete’s top choices in performance fuel is an old recipe from the Native Americans. That rocket fuel energy is contained in a bar called “Pemmican”.

Pemmican consists of half lard, half beef jerky, and seasoned with a little sea salt and dried cherries. While this may be a different kind of taste, especially if you are used to those thinly disguised candy bars called energy bars, there is nothing better for long lasting, high powered energy—especially if you are an athlete!

Butter or margarine? The origins of butter go back thousands of years to when our ancestors first started domesticating animals. In fact, the first written reference to butter was found on a 4500- year old limestone tablet illustrating how butter was made. For millennia, people around the globe have prized butter for its health benefits.

Butter is a completely natural food essential to your health – especially when you eat organic, grass fed butter, high in CLA and Activator X or Vitamin K2. Take a look at the list of some of the many positive benefits that butter has:

Coconut oil is often preferred by athletes, body builders and by those who are dieting. The reason behind this being that coconut oil contains lesser calories than other oils, its fat content is easily converted into energy and it does not lead to accumulation of fat in the heart and arteries. Coconut oil helps in boosting energy and endurance, and enhances the performance of athletes.

Coconut oil is very useful in reducing weight. It contains short and medium-chain fatty acids that help in taking off excessive weight. It is also easy to digest and it helps in healthy functioning of the thyroid (critical to metabolism and weight loss) and enzyme systems. What’s more, it increases the body’s metabolism by removing stress on the pancreas, thereby allowing the body a bigger supply energy that helps overweight people lose body fat. It’s no surprise then, that people living in tropical coastal areas, who eat coconut oil daily as their primary cooking oil, are normally not overweight.

Fats have come full circle; we are now reverting back to the good traditional fats that Americans have cooked with for years. Long before heart disease, cancer and other serious diseases made their appearance, these fats were used in abundance. Now we are beginning to realize they are not the villains they have been made out to be. So enjoy your butter, coconut oil and lard, and feel good about it!